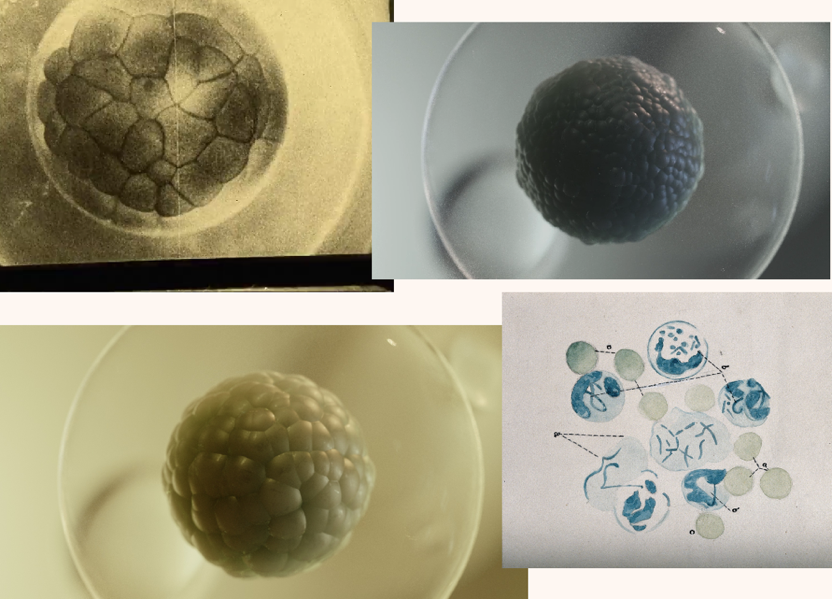 This short lunchtime Zoom creative writing workshop explores experiences of HCA researchers as womxn working within the field of science.

This workshop is open to all female-identifying HCA UK network researchers, with an invitation for the resulting fragments of texts produced to be submitted to the artists to inform our voice-over film script, as well as being included in the accompanying publication. All participants will be fully credited, but are also given the option to remain anonymous, should they wish to contribute but not be named. We will write in short bursts to simple prompts. Participation without submitting any resulting writing is also very welcome! All you need to join is access to Zoom, a pen and paper. No creative writing skills needed – just curiosity!

Did you know your body is made up of trillions of human cell types? The Human Cell Atlas research initiative is aiming to map every cell type in the human body, so as to better understand health and disease. Artists Esther Teichmann and Christopher Stewart are working on a Wellcome funded artist short film and publication commission in response to the Human Cell Atlas.

Esther Teichmann’s practice looks at the relationships between the maternal, loss, desire and the imaginary, working across still and moving image installation. Recent solo museum shows include Heavy the Sea, Transformer Station, Cleveland and Mondschwimmen, Reiss-Engelhorn Museum, Mannheim. Her work is held in public and private collections globally including the Victoria and Albert Museum, London. Teichmann received an MA (2005) and PhD (2011) in Fine Art from the Royal College of Art (RCA) and is Head of Programme of the RCA Master of Research.

Christopher Stewart’s visual, written and curatorial practice explores themes of surveillance, the invisible, secrecy and power. Stewart’s work has been exhibited widely including at the Whitechapel Gallery in London, the Sainsbury Centre for Visual Art in Norwich, The National Museum of Photography, Film & Television in Bradford, Open Eye in Liverpool and Fotomuseum in Winterthur, Switzerland, with work held in public and private collections including the Victoria and Albert Museum, London and the Martin Z. Margulies collection, Miami. He completed an MA at the Royal College of Art and a PhD in the Faculty of Art & Design at the University of New South Wales in Sydney.

Commissioned by One Cell At A Time, part of Human Cell Atlas. Funded by Wellcome Trust Grant 218597/Z/19/Z.

About One Cell at a Time

One Cell at a Time is an ambitious programme of public engagement activities with the Human Cell Atlas initiative, bringing together arts and communities, patients and researchers to explore the areas where art and science meet.

About the Human Cell Atlas

The Human Cell Atlas (HCA) is an international collaborative consortium which is creating comprehensive reference maps of all human cells—the fundamental units of life—as a basis for understanding human health and for diagnosing, monitoring, and treating disease. The HCA will impact every aspect of biology and medicine, propelling translational discoveries and applications and ultimately leading to a new era of precision medicine. The HCA was co-founded in 2016 by Dr Sarah Teichmann at the Wellcome Sanger Institute (UK) and Dr Aviv Regev, then at the Broad Institute of MIT and Harvard (USA). A truly global initiative, there are now more than 2,000 HCA members, from 75 countries around the world.